Home GameSpot Xbox One Finally Getting Broken Age, It Seems 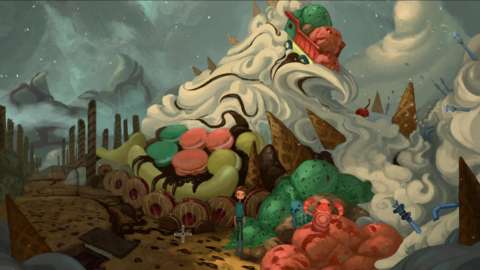 Independent developer Double Fine’s first Kickstarter game–Broken Age–is finally headed to Xbox One, it seems. The game already came out for PC, PS4, and PS Vita, and now, according to a rating from PEGI, it may be coming to Microsoft’s console.

Broken Age was rated for Xbox One by PEGI on April 25, people on Reddit discovered (via Eurogamer). A rating suggests that an official announcement could come soon, though it’s not guaranteed.

The ratings group for the United States, ESRB, has no rating for an Xbox One version of Broken Age in its database.

As Eurogamer noticed, Broken Age originally came out two years ago this week on PS4 and PS Vita, so it might be that there was some kind of exclusivity deal in place that is now expiring. This is not confirmed, however.

GameSpot has contacted Double Fine for comment and we will update this post with anything we hear back.

You can read GameSpot’s reviews of Broken Age’s two acts below: