Home Logitech Ultimate Ears Turns the Party Up with PartyUp

Ultimate Ears Turns the Party Up with PartyUp 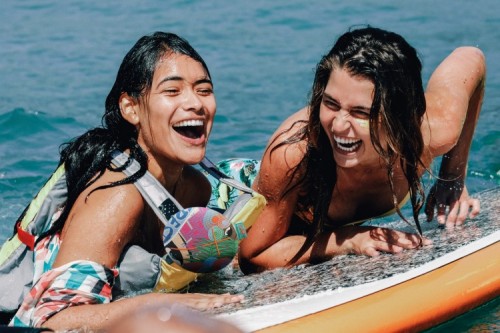 LONDON, UK — 4th October 2016 — Today, Ultimate Ears announced a new app feature that allows you to wirelessly connect more than 50 Ultimate Ears speakers within seconds – bringing any party to a new level of epic. From your backyard to the beach, Ultimate Ears’ waterproof (IPX7) and durable wireless Bluetooth® speakers have always given you the ability to take the party anywhere. Now, with the addition of PartyUp, you can wirelessly connect a mix of UE BOOM, UE BOOM 2 and UE MEGABOOM speakers together, allowing you to crank up the music in places where no other sound system can go, sharing music and moments in ways that weren’t previously possible.

Three years ago, Ultimate Ears brought pairing multiple Bluetooth speakers together to people everywhere. Now, Ultimate Ears is the only wireless Bluetooth speaker that lets you to pair more than two – even more than 50 – speakers together, creating magical moments for your family outing, Friday night with friends or your next legendary celebration. And, through the redesigned apps, even if you’re just pairing two, that process is faster and more convenient than ever, too.

“Music connects people in extraordinary ways,” said Charlotte Johs, general manager of Ultimate Ears. “Now, when friends come together, they can easily connect their speakers without worrying about limitations. Whether you and your crew are on a rooftop without a power outlet, or 50 of your closest pals are floating down a river without a dry spot in sight, PartyUp lets the party grow within seconds.”

With a free, over-the-air update to the existing UE BOOM and UE MEGABOOM apps, you can easily see, select, drag and drop available speakers to join the party in just seconds. PartyUp provides the freedom to quickly sync a few Ultimate Ears speakers or really take it to the next level and PartyUp with more than 50 speakers for monumental bashes. The party grows as more and more friends hook up, letting you blast more sound even louder.

From Siri and Google Now voice integration to Tap Controls, Ultimate Ears has added a host of additional features, continually unlocking experiences for music fans. With the addition of PartyUp to the impressive lineup of features already available on UE BOOM, UE BOOM 2 and UE MEGABOOM, Ultimate Ears speakers continue to get better over time, bringing the party to places it otherwise could not and would not have gone before.

War for the Planet of the Apes review

25 Years Later The SNES Mouse Is Being Re-Released

Ultimate Ears’ Most Portable Speaker Gets Even Better