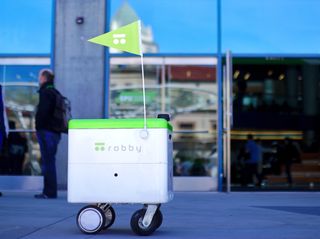 If you’re at GTC this week and your stomach is rumbling between meals, you’re in luck. Robby, a self-driving robot from Robby Technologies, will be packed with snacks and roaming outside the halls of the San Jose Convention Center, making special deliveries to show-goers. Some 8,500 attendees have flooded into our ninth annual GPU Technology Read article >

Win A Day One Edition Of Agents Of Mayhem On PS4...