Hardcore Gamer: “Eighteen years ago, fans of the Shenmue franchise were left on a massive cliffhanger at the end of Shenmue II. For nearly two decades they had to simply ponder what Yu Suzuki had planned for the storys continuation. When a Kickstarter campaign to fund Shenmue III was announced during Sonys 2015 E3 press conference, fans went wild. They quickly funded the project far and above its $2 million goal.”

PlataGO! is now 95% off for a limited time on the Nintendo Switch 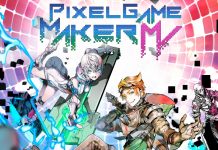