SEGA will hold a special anniversary event to mark the 15th anniversary of the Yakuza series next month.

In a Japanese-language announcement shared on the publisher’s social media channels, SEGA announced that a “live broadcast program commemorating the 15th anniversary of Yakuza” will go live on 8th December with voice talent Takaya Kuroda and Kazuhiro Nakaya as guests.

The livestream – scheduled to run at 11am UK time – will not only “look back on the history of 15 years”, but it will also “announce future developments” (thanks, PCGN).

God of War might be game of the generation because it... 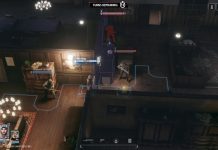 Phantom Doctrine has multiplayer, here’s how it works

Splatoon 2 Is the First Switch Game to Sell 2 Million...

Overwatch is officially putting an end to the GOATS meta

In praise of Celeste