Ah Overwatch the game where heroes battle it out for control of a payload and players spend the entire game spamming the need healing button. Overwatch has been a massive success since it was released in 2016 and I must admit even I have fallen in love with the game, for better or worse. Nintendo ‘shocked’ the fans of the game recently by announcing the game is coming to the Switch this October. Amazon did their usual rumour announcement before hand by releasing an Overwatch Switch case on their website, definitely by accident… maybe. So, the aim of this article is to gather all the information on this release in one place. Let’s crack on!

Okay so most important information out the way first. Overwatch Switch will be released on 15th October, interestingly this will be just before the Halloween update. In an interview with Eurogamer game producer Matthew Hawley stated that they are very excited for October 15th as they are some special stuff happening on the servers that day. Sounds like a bit more than the standard Halloween update to me.

Will Overwatch Switch have Cross Progression?

This was my biggest and most important question that I still cannot find a definitive answer to. I appreciate that with cross-play the Switch players maybe at a disadvantage due to performance restrictions (more on that next) but cross progression is something that should have happened a long time ago for Overwatch. I have the game on both Xbox and PC, but I must have a different progression for both platforms? That just does not make sense to me for a game where collecting emotes, skins and tags is a huge part of it. I want to show off my legendary skins wherever I can whenever I am playing, and this is the biggest place Overwatch is falling down at the moment for me.

One thing to note is that Paladins, one of the rival games of Overwatch, has had cross progression for a while. Hawley has commented in previous interviews that the team has been looking at cross play and cross progression in many of its games. Whilst he didn’t state that it will be coming to Overwatch any time soon we know it is something they are seriously looking into, from the interview Hawley states they are not in a place technically or on the business side to make a commitment to that yet.. whatever that means. Here’s to hoping it isn’t long before they decide to put the effort into this much needed feature.

So, another big question is what will the performance be like as the Switch maybe a fantastic handheld but as a console it has difficulty competing with the others. The team has stated that their main plan was to make sure it would run as smoothly as possible on the Switch and give that Overwatch experience people are used to. The game runs at 30 fps and docked it will be 900p and undocked at 720p which is decent enough to have a good play considering its not the most demanding game, if you avoid 10-minute battles for the payload that is! It is to be noted though that it plays at 60 fps on Xbox and PS4 so this could be an issue for Cross-Play in the future. Won’t stop cross-progression though *wink wink*

The team have also been working on their own new movement style for the Switch utilizing a gyroscope aiming which was shown off in the trailer. The motion controls are optional and can be turned off, but I think they put a nice little addition to the Overwatch Switch version. I can see myself finding it hard to get the hang of it though considering PC is where I usually play but I am looking forward to trying it, nevertheless. Lastly, in relation to performance the Switch doesn’t have built in team chat but the team have stated Overwatch Switch will have the same system as other versions of the game, you just need to plug a headset into your Switch and you’re good to go!

How much will Overwatch Switch be?

So yes, it will require you to purchase the game again… I need shares in Overwatch after the amount of times I’ve bought the game. Luckily, they are some decent deals out there right now, it just takes a bit of shopping around. Shopto had a decent price of under £25 for the legendary edition which comes with 3 months Nintendo Online, which comes to £7 itself so absolute bargain there! It has gone out of stock twice already but keep an eye on it.

If you miss out on the deals, then you’ll be looking to be paying £35 from the likes of Amazon and Nintendo themselves. The game is going to take up about 16GB of space though, so you want to seriously consider getting yourself a Micro SD card to make sure you have the room, unfortunately Switch only comes with 32GB storage.

Bringing Overwatch to the Switch is a rather interesting idea, on one side of the coin it makes perfect sense as it will help to sell more consoles for Nintendo and for Blizzard it opens up yet another market for the game with potential collabs such as Tracer on Smash Bro’s or even Limited Timed Nintendo Heroes on Overwatch.

It still begs the questions of what the next step for Overwatch is, what direction are Blizzard taking it in. Personally, I want to see even more involvement with esports, especially grassroots esports much like the Belong Arena Clash that Game do. Yes, the Path to Pro and Overwatch League are huge and pull in millions of fans but I still think they is more that Overwatch can do. Having the game on as many platforms as possible is one stop, having them all play together is the next.

Let me know your opinions on Overwatch below, there is always things to be said about this game. Are you excited to play it on the Switch? Or do you consider it to be a cash grab? Don’t forget to hit up the forums to let us know all your gaming opinions! If you’re new to Overwatch check out this guide! Cheers luv! 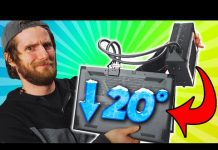 This INSANE Watercooled Laptop Has a Huge Problem! – LinusTechTips

The INSANE Watercooled Laptop Has a Huge Problem! – LinusTechTips

This STUPID map should NEVER have been released!! | GTA 5 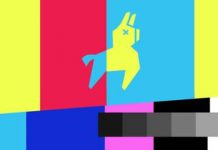 10 Video Games Based on Movies That Are Surprisingly Good