News: Project Cars 2 demo out now on PC, PS4 and Xbox One

There's a Project Cars 2 demo out now on PlayStation 4, Xbox One and PC right now which gives you the chance to race around the Red Bull Ring.

The trial allows you to pick from three cars: Ferrari 488 GT3, Lamborghini Huracan LP610-4, and the Formula Renault 3.5. Each car is said to give you taster of the different motorsport disciplines in the full game, which was released September gone.

The demo also includes the Xbox One X and PS4 Pro visual enhancements that are making their way to the game in a future update.

You need to read Barrier, a comic about immigration and alien... 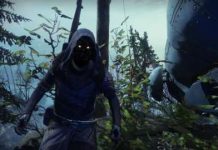 Destiny 2: Where Is Xur? Location And Exotic Items Guide (Jan....

Why Final Fantasy 12 is More Relevant Than Ever