Home nVidia JetBot, a $250 DIY Autonomous Robot Based on Jetson Nano Impresses at...

JetBot, a $250 DIY Autonomous Robot Based on Jetson Nano Impresses at GTC 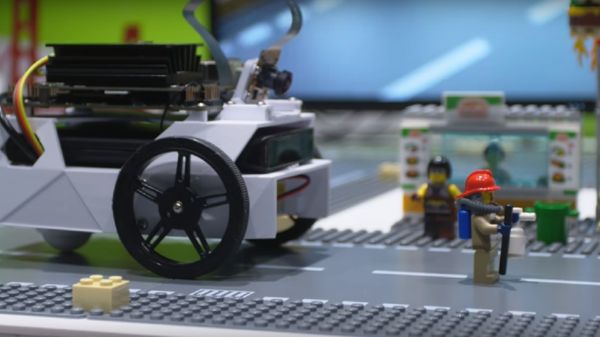 Even at a conference packed with sophisticated autonomous machines that walk, drive, fly and even slither, on their own, the $250 JetBot was a standout. Based on the Jetson Nano, the small but mighty $99 AI computer introduced by NVIDIA CEO Jensen Huang at GTC last week, the JetBot drew a crowd of hundreds to Read article >

The post JetBot, a $250 DIY Autonomous Robot Based on Jetson Nano Impresses at GTC appeared first on The Official NVIDIA Blog.

TikTok Studio Is Getting Into Gaming In A Bigger Way, Report Says

Should Adults-Only Games Have Mature Settings?

Excellent Nintendo Switch And 3DS Deals On The US Eshop