The Olympic Games provides an opportunity for Intel, as a technology leader, to demonstrate core technologies that enable innovative new experiences for athletes, Games attendees and Olympic fans around the world, leverage the power of computing and accelerate the impact of connection.

“Intel is focused on delivering world-class technology integrations at the Tokyo 2020 Olympic Games to improve the experience for athletes, attendees, viewers and Games staff while also demonstrating how technology can transform businesses. We are excited to make the first of a series of announcements about our role in the Tokyo 2020 Olympic Games,” said Rick Echevarria, general manager of Intel’s Olympics Program. “The Winter Games in PyeongChang represented our first collaboration with the IOC and we look forward to extending and deepening that relationship in the years ahead.”

From innovations that draw on 5G platforms to artificial intelligence (AI) solutions to immersive media to esports, Intel will showcase technology in three focus areas at the Olympic Games Tokyo 2020:  Compute, Connect and Experience.

3DAT: 3D Athlete Tracking is a first-of-its-kind computer vision solution using artificial intelligence to enhance the viewing experience for Olympic fans with near real-time insights and overlay visualizations during athletic events. Developed by Intel and hosted on Intel-based data centers in Alibaba’s cloud infrastructure, 3DAT, in partnership with Olympic Broadcast Services (OBS), uses four pan-tilt mounted, highly mobile cameras to capture the form and motion of athletes, then apply pose estimation algorithms, optimized for Intel® Xeon® processors, to analyze the biomechanics of athletes’ movements. The system transforms that data into broadcast overlay visualizations available during replays of the 100M and other sprinting events.

VR Training: The IOC and Intel are collaborating to define and implement solutions that combine the experience of the IOC and the technical expertise of TOP partner Intel to support the organizing committee becoming operationally ready. VR training will be utilized to create an immersive learning experience for key managers at competition venues. Intel’s VR training system improves training effectiveness with a more realistic experience for those learning with more accurate/objective feedback. Powered by Intel Xeon and Intel® Core™ processors, VR can lower costs and increase training efficiency. The training will also include building digital versions sometimes known as “digital twinning” that can open several opportunities to unleash the power of data for training, planning, simulation and more.

“After a very successful PyeongChang 2018, we’re excited to partner with Intel once again to bring the next era of technology to Olympic Games Tokyo 2020,” said Timo Lumme, managing director of the IOC Television and Marketing Services. “Our extended collaboration with Intel allows us to provide the best experiences and technology to all Olympic fans who attend our events and those viewing in from around the world.” 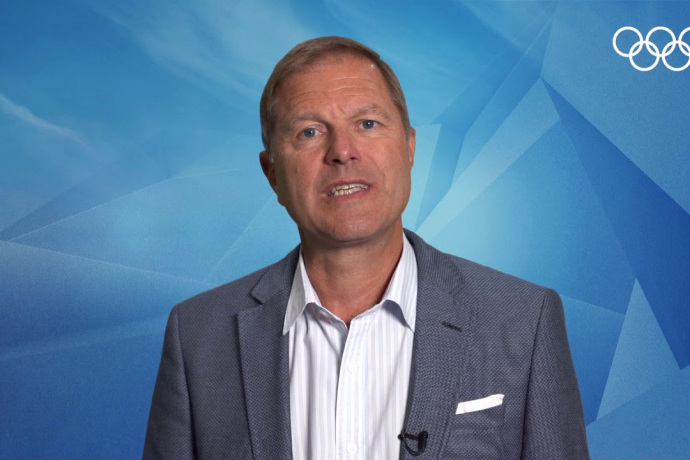 The Most Trusted Network Technology: Cisco is the local official partner for networking equipment, playing a key role in delivering a connected and secure Olympic Games Tokyo 2020. Intel’s innovative technology like the Intel Xeon processor, SoC and SSD provide the foundation for Cisco to build the secure, reliable and flexible network to support the Olympic Games operations in executing mission-critical networks on the largest stages in the world, connecting 42 competition venues including the Olympics Stadium and non-competition venues such as the athletes’ village, TOCOG headquarters, broadcasting set-ups, hotels and many more.

Experience: Together with partners, Intel is creating Olympic experiences that are more immersive than ever, including NEC facial recognition, and even using Intel AI solutions with the Tokyo Organizing Committee to create the theme song for Tokyo 2020, and an esports event leading up to the Olympic Games Tokyo 2020.

NeoFace: NEC Facial Recognition provides a large-scale facial recognition system “NeoFace” for the Olympic and Paralympic Games in Tokyo. Powered by the Intel Core i5 processor, the facial recognition technology will be used to identify over 300,000 people at the games, including athletes, volunteers, media and other staff for entry points of venues and accommodations. Benefits include helping prevent risks related to identification fraud and reducing long wait times for ID checks.

Intel® True VR: Intel powered the largest scale virtual reality event to date with the Olympic Winter Games PyeongChang 2018 and the first-ever live virtual reality broadcast of the Olympic Games using Intel True VR. Fans can expect an even better immersive experience at the Tokyo 2020 Olympic Games, allowing them to deeply engage in the sports they love to see once every four years. Intel True VR will be deployed in a range of sports and venues for the Tokyo 2020 Olympic Games and content will be distributed by rights-holding broadcasters, including the opening and closing ceremonies, track & field, gymnastics, boxing and beach volleyball.

#2020Beat: The official Tokyo 2020 beat was created from a range of 1,000 different sound samples reflecting the themes of “sports,” “Japanese culture,” “daily lives” and “nature;” five different rhythms were compiled from these using Intel artificial intelligence solutions. This cheerful beat is formed by two parts: call (base rhythm) and response (response rhythm). Audiences will hear the call part and follow the response part to clap their hands. Working with Tokyo Organizing Committee, venues including live theater sites will support athletes to maximize their performance by creating excitement with #2020Beat.

“We’re excited to be partnering with Intel to make Tokyo 2020 the most innovative Olympics in history,” said Masaaki Komiya, vice director general of the Tokyo Organizing Committee of the Olympic Games (TOCOG). “Working together with Olympic partners like Intel will be how the Olympic Games is ushered into the new age of technology and innovation.”

Esports: Intel announced the Intel World Open esports tournament will take place ahead of the Tokyo 2020 Olympic Games, which builds on the first esports experience delivered at Intel® Extreme Masters PyeongChang. The Intel World Open will feature Capcom’s “Street Fighter V” and Psyonix’s “Rocket League,” and kick off with online qualifiers in early 2020 where any player at any level can compete for a chance to join their national team. A live qualifier event in Katowice, Poland, in June will determine which teams will advance to the championship esports tournament in Tokyo from July 22-24, 2020, leading into the Tokyo 2020 Olympic Games. The live finals in Tokyo will host fans at the Zepp DiverCity venue. Intel will power all of the live Intel World Open events with the Intel Core i7 gaming processor, as well as the PCs used in the broadcasts and complete backend infrastructure.

“We are excited Intel is bringing the Intel World Open esports tournament to Japan in the lead up to the Olympic Games Tokyo 2020.  As we explore the engagement between esports and the Olympic Movement we are looking forward to learning from this event and continuing to engage with the passionate esports community from around the world,” said Kit McConnell, IOC Sports Director.

Star Wars Spinoffs will be Approached Differently After Solo