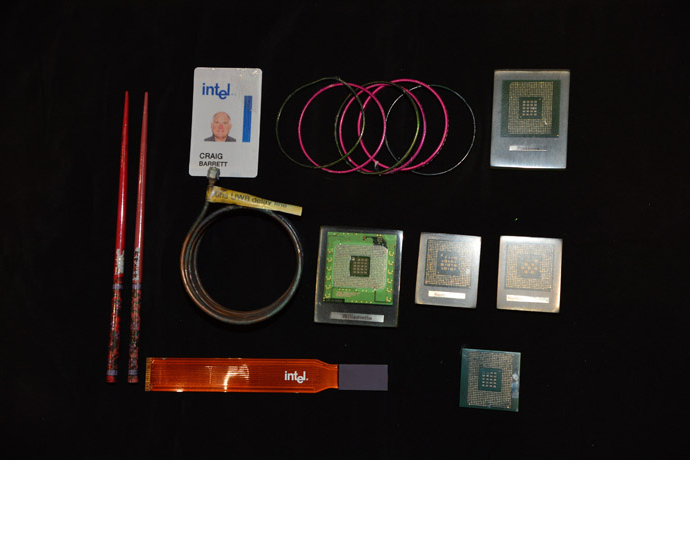 In addition, Swan prepared a new time capsule that will be uncovered at Intel’s 75th anniversary in 2043.  Featured items include a 2017 annual report; an Intel® Shooting Star™ drone flown at the 2018 Winter Olympic Games in PyeongChang, South Korea;  and various items that represent Intel’s site communities across the globe.

Founded on July 18, 1968, by Robert Noyce and Gordon Moore, Intel employs over 100,000 people and operates in more than 60 countries or territories across the globe. Throughout 2018, Intel and its employees are celebrating a half-century of innovation that has profoundly changed the world — from power conservation and processors that fit on a pencil tip to conflict-free mineral sourcing, improvement in the quality of education for girls and underserved communities around the world, and a measurable commitment to diversity.

This story is among a series running to celebrate Intel’s 50th anniversary in 2018.

Here’s a look at the Magic: The Gathering and Dungeons & Dragons crossover set

Bethesda Spring Steam Sale Lets You Save On Wolfenstein, Doom, Skyrim, And More

Can South Park Fans Finally See The Fractured But Whole? |...

The Best Xbox One Deals Of The Week On The Microsoft...

Project Cars 2’s upgrades have a different focus on Xbox One...